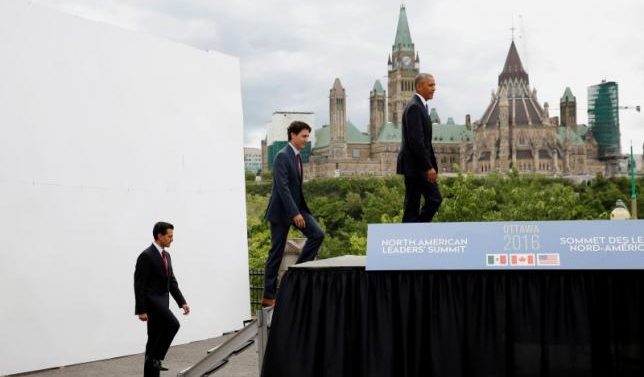 OTTAWA U.S. President Barack Obama on Wednesday urged the Venezuelan government to respect the democratic process and the rule of law, including allowing the release of political prisoners.

“Given the very serious situation in Venezuela and the worsening plight of the Venezuelan people, together we’re calling on the government and opposition to engage in meaningful dialogue and urge the Venezuelan government to respect the rule of law and the authority of the national assembly,” Obama said at a news conference with the leaders of Canada and Mexico.

“Political prisoners should be released, the democratic process should be respected and that includes legitimate efforts to pursue a recall referendum consistent with Venezuelan law.”