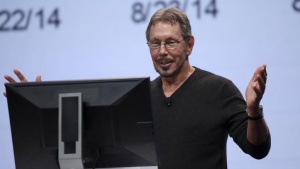 DUBAI Four people were killed and three wounded in Saudi Arabia when a shell fired from inside Yemen exploded in a town close to the border, Saudi civil defense said on Monday.

The shell hit Samtah, in the southwestern Saudi border region of Jizan, a tweet by the Saudi civil defense said.

Seven Saudi soldiers and dozens of Houthi fighters were killed in heavy fighting on the border with Yemen on Sunday, as the main combatants in Yemen’s war prepared for a further week of peace talks in Kuwait.

The U.N.-sponsored negotiations had been on the verge of collapse after a new row erupted last week between the Saudi-backed government and its Iranian-allied Houthi foes and renewed fighting broke out.

U.N. Yemen envoy Ismail Ould Cheikh Ahmed said the talks between the Houthis and their General People’s Congress party allies and the internationally-recognized government of President Abd-Rabbu Mansour Hadi had been extended by a week.

The United Nations has estimated that more than 6,200 people have died in Yemen since the war began in March last year. Saudi Arabia has reported dozens of its soldiers or civilians have been killed in the conflict.