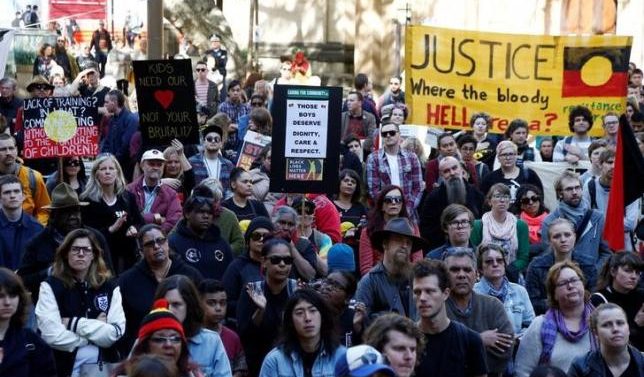 SYDNEY The head of an Australian inquiry into the abuse of children in detention resigned on Monday, four days after being appointed to investigate prison video of aboriginal boys being abused, citing his lack of support from the country’s indigenous leaders.

Aboriginal leaders had said they would not cooperate with the inquiry unless they were represented on the commission and were unhappy that the inquiry was not national.

The footage sparked renewed criticism of Australia’s treatment of Aborigines and their high imprisonment rate.

Aborigines comprise just three percent of Australia’s population but make up 27 percent of those in prison and 94 percent of juvenile inmates in the Northern Territory.

“I’m not the only person who can conduct this Commission effectively and competently and it is critical that whoever is appointed has the confidence of those who are vitally concerned with this matter,” retired judge Brian Martin told journalists in Darwin, announcing his resignation as head of the inquiry.

Since the broadcast of the prison video last week, the United Nations Human Rights High Commission has called on Australia to compensate the victims and protests have been held in Australian capitals.