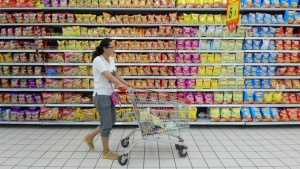 WASHINGTON U.S.-led coalition aircraft waged a series of deadly strikes against Islamic State around the city of Falluja on Wednesday, U.S. officials told Reuters, with one official citing a preliminary estimate of at least 250 fighters killed and at least 40 vehicles destroyed.

If the figures are confirmed, the strikes would be among the most deadly in memory against the jihadist group. The officials spoke to Reuters on condition of anonymity to describe the operation and noted preliminary estimates can change.