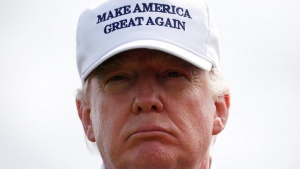 The U.K.-based Observatory for Human Rights said the operation, which involved foreign paratroopers landing by helicopters, took place at dawn.

Heavy clashes were underway, with militants dug in at the Hamadan airport, 5 km (3 miles)northwest of Al-Bukamal.

The U.S.-backed New Syria Army announced on Tuesday it had begun an attack to take over the town on the Euphrates river, a move that would hamper the militants’ ability to move between the Iraqi and Syrian territories of their self-declared caliphate.[L8N19K4R3]

Rebel commanders said on Tuesday they had secured the desert approaches to Al-Bukamal after a rapid advance across sparsely inhabited desert from their main base further southwest in al Tanf.

The New Syria Army was formed some 18 months ago from rebel fighters driven out of eastern Syria by Islamic State as it expanded its territories in mid-2014 following the capture of the Iraqi city of Mosul.