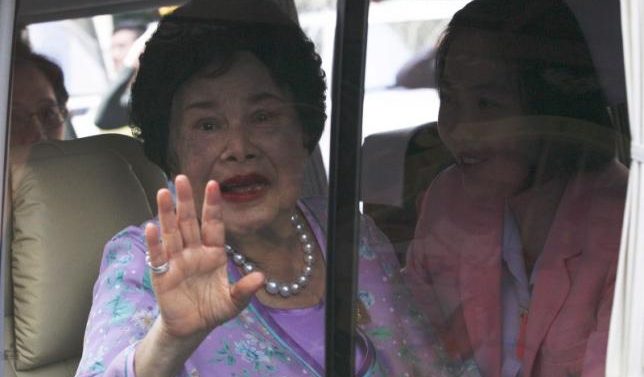 BANGKOK Thailand’s Queen Sirikit, 83, has been treated for pneumonia at a hospital in Bangkok and is recovering, the Royal Household Bureau said in a statement on Saturday.

Her husband, King Bhumibol Adulyadej, 88, is in failing health and has been treated for various ailments over the past year at another hospital in Bangkok. The world’s longest-reigning monarch was treated for “water on the brain” and narrowing of the arteries, the palace said in early July.

Anxiety over the king’s health and the succession to the throne has formed the backdrop to more than a decade of political upheaval that has included two coups and sometimes violent street protests.

Her fever has subsided and coughing has eased, the palace said, adding that she will remain at the hospital for a while longer before being moved to the same hospital as the king.

News about the royal family is tightly controlled in Thailand. Laws protect the royals from insult and it is a crime to defame, insult or threaten the king, queen, heir to the throne or regent.