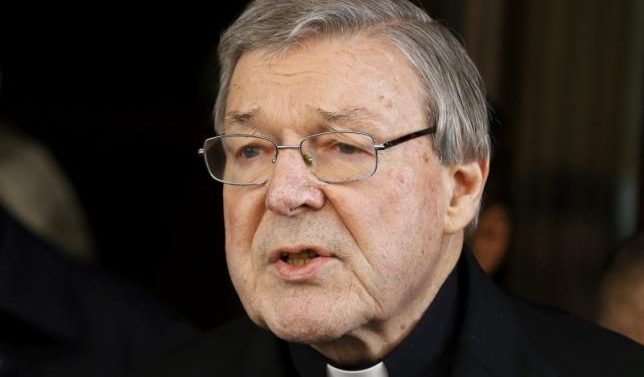 ABOARD THE PAPAL PLANE Pope Francis said on Sunday that he will wait until Australian justice takes its course before taking a position on Cardinal George Pell, who is under investigation in his homeland over sexual abuse allegations.

But the pope, speaking to reporters aboard the plane returning to Rome form Poland, said Pell, now the Vatican’s powerful economy minister, should not undergo a trial by the media or by rumor.

had been investigating allegations against Pell for more than a

“Justice has to take its course …and justice by the media or justice by rumor does not help. After the justice system speaks, I will speak,” he said.

He said Pell had a right to the benefit of the doubt like all those accused.

Victims groups have called on the pope to sack Pell, the highest-ranking Vatican official to be accused of sexual abuse, or for him to resign.

Pell is seen as a test case for the pope because he has vowed zero tolerance for sexual abuse in the Church has said he would sack bishops found guilty of committing abuse or covering it up.

Ashton confirmed an Australian Broadcasting Television report on Wednesday that detailed allegations of abuse dating from the 1970s to the 1990s in interviews with alleged victims.

In a statement issued in Rome on Wednesday, Pell’s office said he “refutes all the allegations made on the program”.

ABC said it has obtained eight police statements from complainants, witnesses and family members who were helping with the investigation. The broadcaster said it received no information from police for its story.

The public prosecutor declined to comment to Reuters on Thursday.

Earlier this year, Pell testified at an Australian government inquiry on institutional child abuse, where he said the Church made “catastrophic” choices by refusing to believe abused children, shuffling abusive priests from parish to parish and over-relying on counseling of priests to solve the problem.