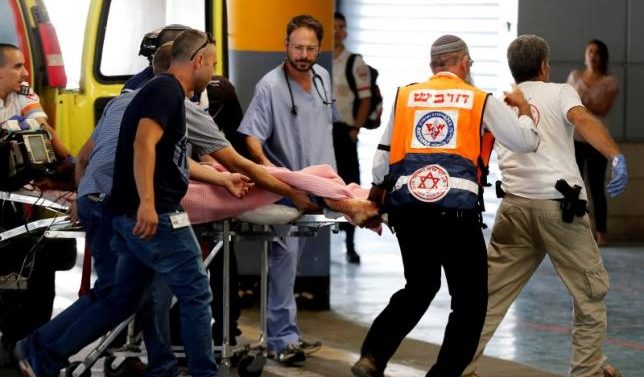 JERUSALEM A Palestinian fatally stabbed a 13-year-old girl inside her home in a Jewish settlement in the occupied West Bank on Thursday, before guards shot him dead, the military and hospital officials said.

A member of the response team that killed the assailant was also wounded in the incident, said an official from the Kiryat Arba settlement, near the city of Hebron.

Over the past eight months, Palestinians have killed 33 Israelis and two visiting U.S. citizens in a wave of street attacks, mostly stabbings.

Israeli forces have shot dead at least 198 Palestinians, 134 of whom Israel has said were assailants. Others were killed in clashes and protests.

An Israeli military spokesman said the girl was attacked in her bedroom. Hospital officials in Jerusalem said she died of her wounds, giving her age as 13.

Israeli media reports identified the suspected attacker as a 17-year-old Palestinian from a village near Kiryat Arba.

Malachi Levinger, chairman of Kiryat Arba’s government council, said on Army Radio that a Palestinian climbed a security fence and entered a family home where he attacked the girl.

“Two members of a response team exchanged fire with him. One of them was wounded and the terrorist was killed,” Levinger said.

Palestinian leaders say assailants have acted out of desperation over peace talks frozen since 2014 and Israeli settlement building in occupied territory that Palestinians seek for a state.

Tensions over Jewish access to a contested Jerusalem holy site, revered by Muslims as Haram al-Sharif (Noble Sanctuary) and Jews as Temple Mount, have also fueled the violence.

Israel says incitement in the Palestinian media and personal problems at home have been important factors that have spurred assailants, often teenagers, to launch attacks.