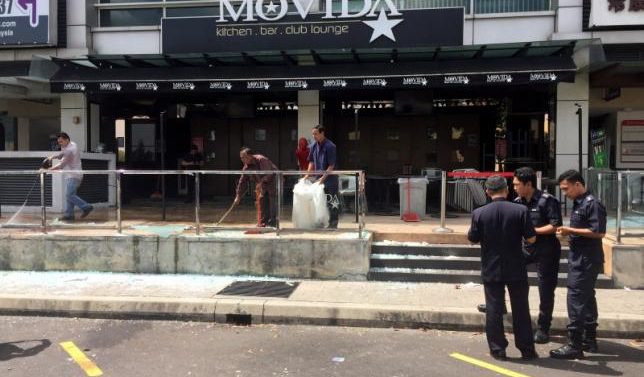 KUALA LUMPUR Malaysian police remained doubtful that militants were behind a grenade attack on a nightspot that wounded seven people, but were forced to reassess the possibility on Wednesday after an Islamic State claim of responsibility was posted on Facebook.

Investigators had previously ruled out terrorism as the motive for Tuesday’s attack on the bar in Puchong, a town outside the capital Kuala Lumpur, which wounded eight people, including a woman from China.

The more likely motive appeared to be business rivalry, or a targeted attack on someone in the bar, according to police. The owner of the Movida bar also used Facebook to air suspicions that there was some personal grudge against two of his customers.

Counter-terrorism officials, however, were trying to establish the credibility of the claim of responsibility posted on the Facebook page of a known Malaysian IS fighter.

Muhammad Wanndy Mohamed Jedi claimed on his Facebook page that the attack had been carried out by two followers of IS, according to a screenshot posted online by a local newspaper, Sin Chew Daily.

“We are looking at all possible motives, including business conflict, revenge, gangland involvement and finally terrorism,” he told Reuters.

Roger Hew, the bar owner, suspected that a couple celebrating their wedding anniversary had been the target.

In a Facebook post on Tuesday, Hew said the attack was due to “a personal matter” and that an eyewitness had seen two men throwing the grenade towards the couple.

In a similar attack in 2014, a club in central Kuala Lumpur was hit by a grenade during a botched assassination attempt on a gangland kingpin, killing one and injuring 12 others.

Malaysia’s security agencies are on guard against IS spreading its tentacles in the Muslim majority, but multi-ethnic Southeast Asian nation. A few months ago, officials had estimated nearly 50 Malaysians, mostly ethnic Muslim Malays, had joined IS in Syria and Iraq.

While both al-Qaeda and Islamic State have recruited Malaysians, there has been no significant attack by either group inside the country since the specter of Islamist militancy loomed in the wake of al Qaeda’s 2001 attacks on the United States.

Last week, authorities identified a Malaysian IS member in Syria in a video released by the group to mark the formation of a Philippine-based, Southeast Asian Islamic State cell.