Home / World / For some in Britain’s north, Brexit means control 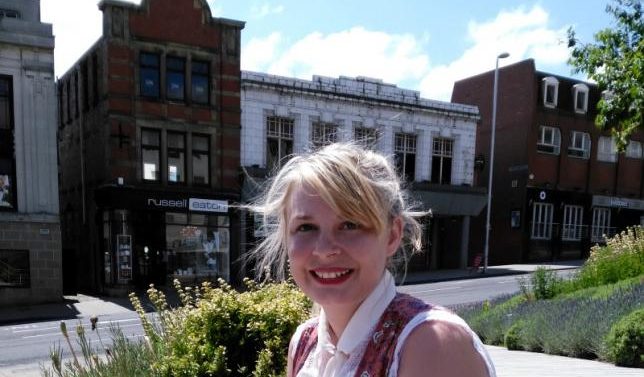 (Note: This story contains strong language in the fifth from last paragraph)

BARNSLEY, England Owen Gleadall remembers the previous time Britain voted on Europe. It was 1975, and most people in his Yorkshire mining town of Barnsley were ambivalent about the issue. Gleadall, a local businessman working in international markets, felt it made economic sense to be part of the bloc.

Last week, along with many other Britons, he changed his mind.

The European Union has become too political, complains the 71-year-old president of the board of directors of the Barnsley & Rotherham Chamber of Commerce. It’s unaccountable and restricts business rather than aiding it, he says: It makes rules – such as on state aid – and lets countries break them. Britain says European rules ban subsidies for steel, for example, yet Germany gives its steel industry cheap power.

“All sorts of things just baffle me to be honest,” Gleadhall said. “We can’t get answers, can’t object or change it.”

When he voted last week he saw it as a way to end that confusion – and above all else, he said, to seize back some control.

“Take back control” was a slogan in the campaign, and it’s an idea that many citizens in Barnsley embraced. Nearly seven out of 10 in the town voted to pull out of the EU, a much higher share than the 52 percent nationwide who voted to leave. Some in the town said immigration was the main reason, some said economics. Most did not want to be dictated to by Brussels.

The outcome has been mayhem in British politics; clamors for similar votes from other secessionist movements in Europe; and a major wobble in global financial markets.

But for many people in this region, it’s worth it.

“This area has seen the demise of paper, steel, coal, textiles,” Gleadall said. “We’ve seen people come and take away our industrial strength and wealth and been totally unable to do anything about it.”

Once outside the EU, he predicts, “we can start to make genuine local economic decisions.” In five to 10 years, he says, the country will be “a lot more wealthy than we have been.”

Barnsley, a town of about 100,000 people, is deprived, but not dirt poor. Unemployment is 6 percent, only slightly higher than the national rate of 5.2 percent. Gleadall says average pay in its poorer suburbs is about 13,000 pounds a year ($17,600), while in the leafier and richer west, people make around double that.

A market town with roots in medieval times, Barnsley lies in an area that once thrived on coal mining, an industry now largely gone. Across the region, blackened industrial buildings, shuttered enterprise zones and tattered working men’s clubs mingle with pockets of new life: warehouses, leisure complexes, a gastropub, an art gallery.

The cultural gulf with the southeast UK, and London in particular, is wide.

Towns in the northeast are still struggling to find the confidence and jobs they lost in the 1980s when coal collapsed. With the closure of the mines, the sense of shared responsibilities ended, and so did community life, say locals. A nearby mall, Meadowhall, built in 1990 on the site of an old Sheffield steelworks, even sucks shoppers away.

As in other parts of Britain that voted to leave Europe, money from the EU has helped Barnsley fund local projects. But Gleadall has seen ideas with the potential to create jobs founder because EU funding rules were not flexible enough.

Among projects that did go ahead are refurbishments to the town hall, which now houses an interactive museum, and a swish new bus and railway station. Even so, people say the station carries too many people off to work in nearby Leeds. Barnsley is becoming a commuter town, and being in Europe has done nothing to stop that. It was fertile ground for “taking back control.”

Barnsley has long been a safe seat for the opposition Labour Party, which campaigned for Britain to stay in the EU. The United Kingdom Independence Party (UKIP), which campaigned to leave the EU, has risen to second place. Not everyone who voted to leave, though, was a UKIP supporter.

Among those who said they had been stirred by Europe’s perceived undemocratic ways was Sammy Ennis, a 25-year-old history graduate. She said she had been undecided about how to vote but was convinced to leave by a professor who told her that Europe was becoming like the United States, with Britain a federal state.

“It should be British people making decisions for Britain,” she said. Ennis, who is now preparing to study for a Masters degree, grew up in a family that depended on unemployment benefits. Education was her route away from handouts. Now she believes Britain must be outside Europe to empower her future children to “stand on us own two feet.”

Barnsley’s main employer is the local government. There are also small businesses, a major food factory and online retail warehouses.

Immigration has risen but is not high compared to the national rate. Ethnic minorities account for about 2 percent of the working-age population compared with around 11 percent nationwide, according to the Office for National Statistics.

Recent arrivals include many from Eastern Europe, especially seasonal workers who move in and out freely thanks to EU laws. They pick up jobs in the warehouses and construction, working on so-called “zero-hours contracts” – which means low pay and no guaranteed hours.

For a couple of mothers out in Barnsley last Sunday morning, the influx has caused problems. One of them, who gave her name as Louise, said she had voted to stay in Europe, but school places were becoming an issue.

She claimed that in one Catholic school, the majority of places in one year – 23 out of 28 – have been allocated to Polish children. That wouldn’t necessarily be a problem, she said, but the children only come when their parents have work.

“They can come and go as they please,” said Louise. If Britain were out of Europe, the country could clamp down on freedom of movement between member states.

The school, St Joseph’s Primary Academy, Moorthorpe, declined to give numbers for any yearly intake. Its website includes instructions in Polish for parents who are new to the country, and says 40 percent of its pupils speak English as an additional language.

Asked for comment, the school’s sponsor, The Bishop Konstant Catholic Academy Trust, said the school adheres to the “statutory School Admissions Code” published by the Department for Education, and that “all pupil absences are accounted for.”

Immigration was what pushed Howard Hardcastle to want out. The 68-year-old is worried by the high birth rate of Muslims compared with others. The Pew Research Center says the European Muslim population is growing faster than the non-Muslim population. It forecasts that by 2030, Muslims will make up 8 percent of Europe’s population.

Hardcastle used to be a DJ and has worked as an electrician and in a woodworking shop. “The day sharia law comes I don’t want to be there,” he said. “It’s not just about me, it’s about the people after me.”

He admits Brexit can’t stop immigration, “but it will let them stabilize it.”

Hardcastle said he also felt he’d been “shit on from a great height,” through “years of pain” since Margaret Thatcher was prime minister in the 1980s. When she raised interest rates to curb inflation, his mortgage payments went up from 4 percent to 14-15 percent and he lost his house.

The fall in the British pound since last week’s vote is great news, he said. He makes and exports boxed record-players for vinyl discs and has had orders from 11 countries including Turkey, Hong Kong and Sweden: Orders have jumped since the pound fell.

On the downside, he said, his daughter is “not best happy” with his decision. She lives in France and wanted Britain to stay in the EU.

Mounting pressure from other young “remainers” is fuelling talk of a second referendum, possibly even an election focused on Britain’s relationship with Europe.

But for Gleadall, the Barnsley businessman, that could just make things worse. “All votes ever do is create division,” he said.