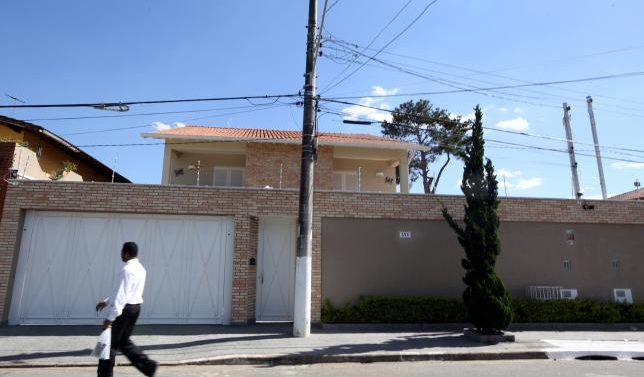 Sao Paulo’s Anti-Kidnap squad “freed the mother-in-law of Bernie Ecclestone,” police said in a one-paragraph statement. “She was unharmed. Two men were arrested at the hideout near the city of Cotia. The operation continues.”

Sao Paulo police did not comment further on the operation or the kidnapping. But local news reports said they were searching for other members of the gang.

The 67-year old Schunk was kidnapped on July 22 and her captors asked for 120 million reais ($36.5 million), according to reports in a leading Brazilian news magazine.

Schunk is the mother of Fabiana Flosi, a 38-year old marketing executive who met Ecclestone at the 2009 Brazilian Grand Prix.

Ecclestone, whom Forbes magazine estimates – along with his family – is worth $3.1 billion and is one of the most powerful men in sport, married Flosi in 2012.

Ecclestone, 85, divorced his wife of 25 years, Croatian model Slavica Radic, in order to marry the young Brazilian. The couple lives in England.

Kidnapping was common in Brazil a decade ago, with several people seized each day, often for sums of just a few hundred dollars.

A crackdown by police, including the formation of a special anti-kidnap division, reduced the number considerably, and the crime has become much rarer.

Brazil is currently in the midst of its worst economic crisis in almost a century.