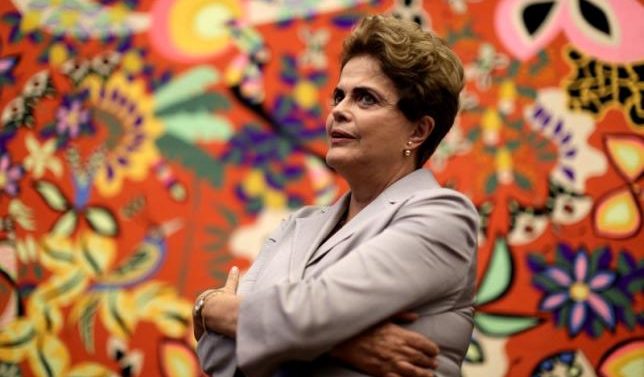 BRASILIA Brazil’s Senate could take its final vote on the impeachment of suspended President Dilma Rousseff the day before the closing ceremony of the Olympic Games in Rio de Janeiro, a senior lawmaker said on Wednesday.

The Rio Olympics, the first games to be held in South America, are set to open on Aug. 5. They were intended to showcase an economic boom that has fizzled amid political turmoil, concern about an outbreak of the Zika virus and Brazil’s deepest recession since the 1930s.

Brazil’s Senate voted on May 12 to put Rousseff on trial and a committee that has been hearing testimony from witnesses is expected to present its findings to the plenary on Aug. 9.

“The final judgment … should come around Aug. 20,” Calheiros said.

The closing ceremony of the Olympics will be held on Aug. 21.

His estimate contradicted a report in newspaper O Globo on Wednesday that the vote would be held after the Olympics in late August. The paper cited advisers to Supreme Court Chief Justice Ricardo Lewandowski, who will preside over the trial.

Newspaper surveys of senators suggest Rousseff is likely to be found guilty and dismissed from office.

Temer needs to confirm Rousseff’s ouster as quickly as possible to gain legitimacy for tough measures to salvage Brazil’s tanking economy, which has sapped revenue for public services.

A budget crisis in Rio de Janeiro’s state government has fueled concerns about readiness to host the global sporting event.

With its economy hard hit by a slump in oil prices, Rio de Janeiro state declared a financial emergency this month and has appealed to the federal government for 2.9 billion reais ($891 million) in budgetary support.

The acting state governor, Francisco Dornelles, told O Globo on Monday that the payment, approved last week, had not yet been received and warned that the Olympics could be a “big failure” if certain steps were not taken.

Dornelles was optimistic the Games would be a success but said police patrols could run out of money for fuel as soon as the end of this week without the federal aid.

Some 85,000 police and soldiers are due to be deployed in Rio during the Olympics to ensure security. Some 500,000 visitors are expected to attend the games.

Adding to security concerns in Rio, parts of a mutilated body washed up on the sands of Copacabana Beach on Wednesday, a short distance from the Olympic beach volleyball arena.

In another major headache for organizers, a metro line meant to carry visitors to the Barra area of western Rio where the Games will be held has not been completed and federal funds to finish it have not yet been disbursed.

“Clearly when you have attacks in Brussels and Istanbul in the public areas that raises alarm and increases the concerns of the government and all those involved in the Olympics,” Quintella told journalists on Wednesday.